I love being a dad. I even like being a dad most of the time. After 4 years though, I sometimes still wonder what in the world I have gotten myself into. It's really hard. I'm tired. All the time. My 4 year-old often reminds me that I'm just a tired dad. It can even be terrifying, knowing that I'm responsible for a couple actual, real-life human beings. That's a lot of responsibility! Being a dad is very humbling.

I try my hardest to be a good dad, but some days are just not that great. Sometimes I don't want to play with my kids. Sometimes I want to go to the bathroom without anyone watching me. Sometimes I get mad and yell. I know I shouldn't, but after long days of listening to stomping, slamming doors, "No," "I won't," "I refuse," and crying about not being able to use the clear tape, the rational part of my brain shuts down. I always feel bad when I shout, but I'm also amazed at how easily my daughter forgives and forgets1. 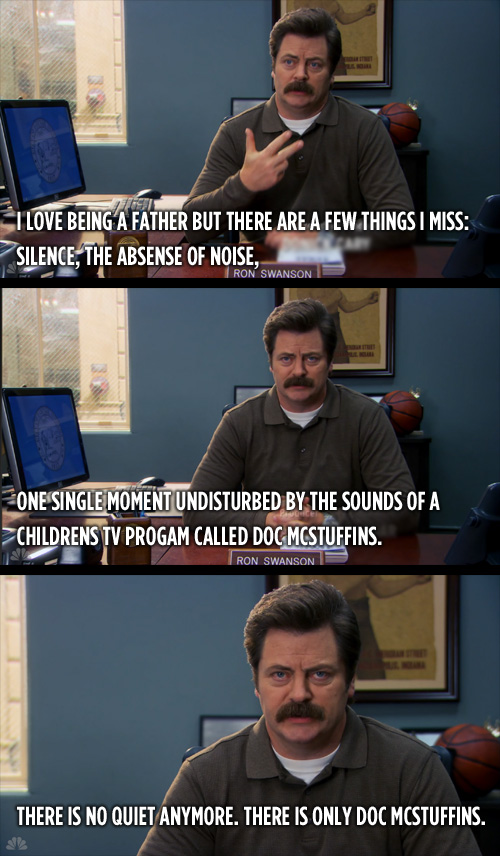 As cliché as it sounds, in the quiet moments when the kids smile at me or come give me unsolicited hugs, it all seems worth it. A former coworker said that kids are 51% worth it. I think mine are at least 52% worth it. Despite the exhaustion and everything else that comes with being a parent, I love my kids. And I love my wife. Without her, I would probably spend most of my days hiding under the bed.

Now I'm off to get cheese out the carpet.

With years, months, weeks, days, our calendar continually gives us chances to reset, restart, adjust, or whatever else we need to do. As silly as it is, even WWDC feels like a chance for me to start fresh. As WWDC comes and goes each year, I'm always left feeling excited and aspirational about building new apps. I've especially needed that feeling this year.

I was really hopeful for 2021. I was excited to build on all the good habits and routines I had developed. Well, one house construction project, a move, and a new baby later, I felt like I had hit a brick wall. For a long time, the only focus I was tracking in my app was "Survive." I had stopped working on my app, exercising, waking up early, and more. I felt like all I could do was not collapse on myself like a dying star.

Things are finally starting looking up though. Over the past couple of months, I've been able to carve out a bit of time to reintroduce "regular" "exercise" and I've also started waking up earlier again to work on my projects.

We don't need to wait until the new year or next month to change. As they say, there's not better time than the present.

Last night, I finished building the new LEGO World Map set. With over 11,000 pieces, it took me around 12 hours to complete. Some of that time was while holding my 3 month-old or building with my 4 year-old. Still, it was a lot of time to simply shut my brain down and build. It reminded me of how important it is to give your brain a break every once in a while.

It's incredible how many problems are solved by going to bed and taking a shower the next morning. I've had countless lightbulb moments while showering, taking the trash out to the road, building LEGO, etc.

As a programmer, I've done a lot to make sure I take care of my hands and wrists—good chair, mouse, keyboard, and desk. But, I've realized I need to do more to take care of my mind. We equate sitting at the computer as working. More and more though it seems that the more time I spend away from my computer, the better and quicker my work is done when I am at my computer. A refreshed mind is the best productivity tool I know of. Want to get more done? Work less.

I have long believed that I have never and will never come up with an original idea. Nothing is truly original. Every ideas has been had before. In Steal Like an Artist, Austin Kleon talks about how everything new builds on what has come before it. New ideas take bits and pieces from other ideas and combine them into something new. If we steal many good things from a variety of people, we are able to combine them into something worthy of being stolen by someone else; We create our own voice.

If nothing is original, what's the point? I've been having trouble figuring this one out. Klein included a quote from André Gide:

Everything that needs to be said has already been said. But, since no one was listening, everything must be said again.

I love this perspective. As the father of a four year-old, this hit close to home. So, what's the point? There is someone who has not heard what you have to say. Even if they have heard it before, they may not have been listening the first time. If they are going to hear it now, why not let it be from you?

While talking about how we are able to learn by surrounding ourselves with people more talent, Kleon said "if you ever find that you're the most talented person in the room, you need to find another room." While I get what he's saying, it's too selfish of an attitude for me. A better question than which room can I move to, is how can help those in this room become more talented. I think a lot can be gained from changing your perspective from "what can I take?" to "what can I give?"

I'll end with my favorite quote included in the book from Jessica Hische, an incredibly talented designer:

The work you do while you procrastinate is probably the work you should be doing for the rest of your life.

This makes me look off into the mid-distance and think for a few minutes every time I read it.

Steal Like an Artist is a quick, worthwhile read. I give it a thumbs up. Thanks for reading, and as Klein recommends, I'm going to go and enjoy and use my obscurity.

When I need to get down to business and get some serious programming done, I put on the TRON: Legacy soundtrack.

That is all. Thank you for coming to my TED talk.